You might have seen that I was in Belgium a little over a week ago when I posted a few things on Facebook and you might have wondered what I was up to.

Well, I actually had a couple of things I needed to record and a friend of a friend has a great little studio in the Ardennes that he very kindly and helpfully made available to me at pretty much no cost (Thanks Gus!).

I’d decided that I really needed to film a couple of videos of me performing some tracks which I know will help in the next stage of what I have planned - so that was one of the things which was done in the studio. I'm trying to find the time to edit those as soon as possible and I’m hopoing they will becoma a great way for more people to discover my music.

You'll see them first of course, but I'm not going to spoil it by letting you know any more about them than you can work out from the photos below. 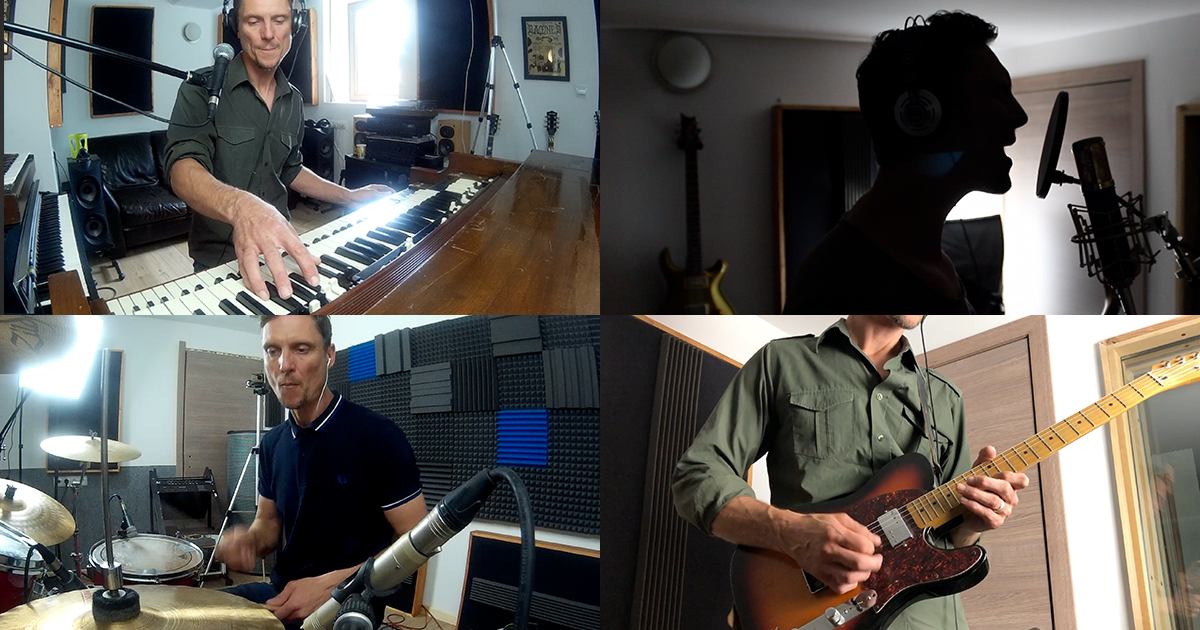 ​You can probably tell that I was having a great time.

It was awesome to actually play these tracks in something like a live environment.

Trust me, following this studio work and playing live as a clone of myself (you’ll see what I mean when the videos are edited!), I am more keen than ever to get a full band together and get out there  doing some live shows as soon as I possibly can.

But that's not all I was in the studio to do.

Is There A New Album On The Way?​

If you've been following along for a while you'll know that there is a new album in the Works.  it's completely written, mostly recorded, and I'm now at the stage of adding in some parts that need a tweak and starting to put the finishing touches to it before it gets mixed.

I took this opportunity in the studio to do just that and lay down some additional parts for a few of the tracks.

I don't want to say too much more about the new album just yet (as I still have some promotional work to do on the re-release of ‘This Is Your Life’!), but I think it will be finished before the end of the year and I can't wait for you all to hear it. It is, after all, the first set of all new recordings that I've done in getting on for 10 years.

I have previously put some snippets of a couple of the tracks on YouTube and Facebook and you can hear one of those below.

Anyway there'll be a lot more about that coming from me as I get further down the road with it.

There is one other thing to tell you about.

I’ve now had all the products from the Kickstarter campaign delivered and if you were one of the people who pledged you should have had your albums and other stuff by now (or they’re in the post to you). 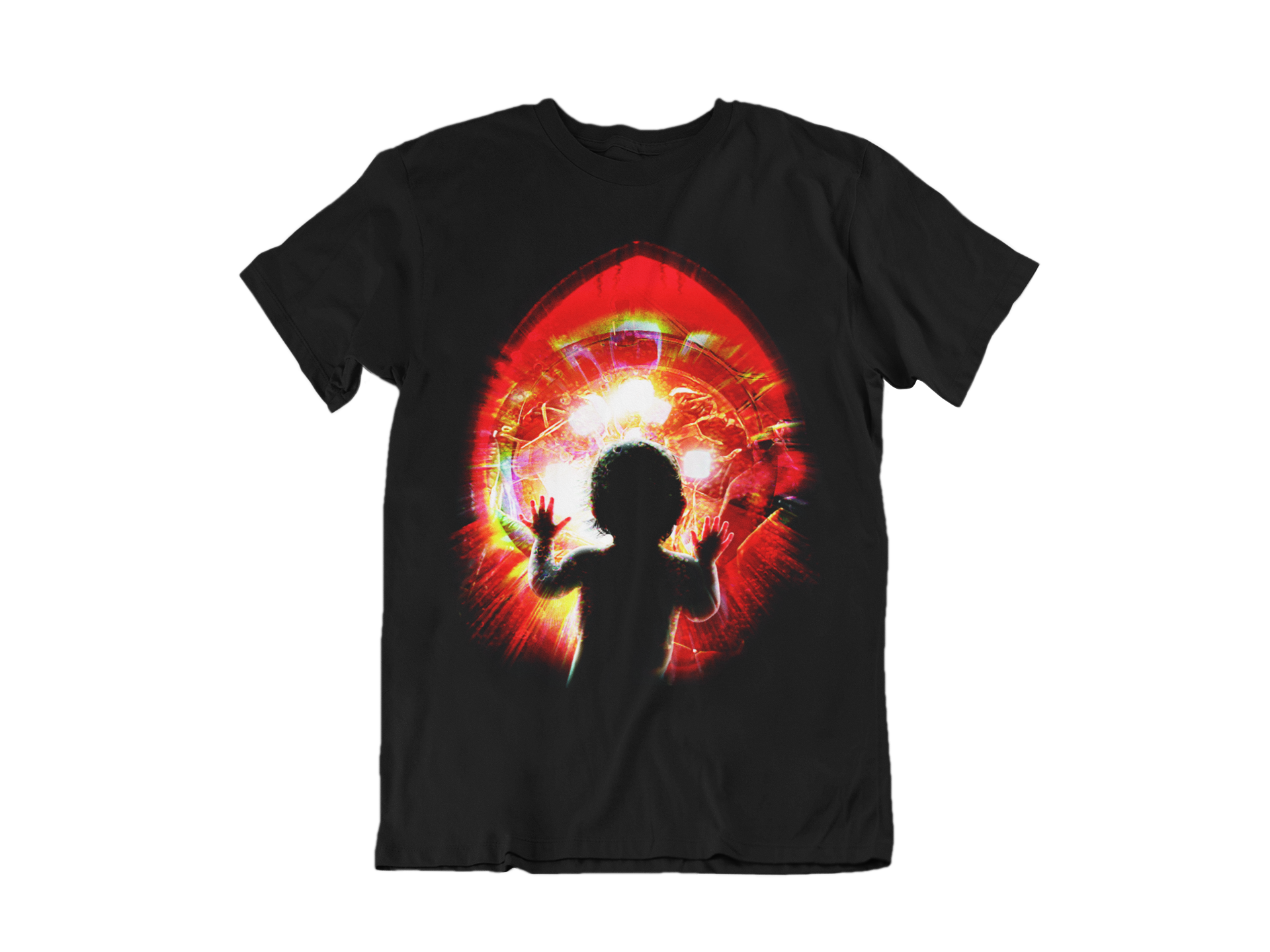 If you pledged and you haven't had a package from me (and there are a few people who haven't yet sent me an address) please drop me an email as soon as possible so that I can get the last few packages out.

One of the items that I made for the Kickstarter campaign was this T-shirt and I have a handful left.

Literally, there are eight of these only -  two of each in medium, large, extra large and double XL.

If you fancy one of them, now is the time to click the button below and grab one as I think they will all be gone pretty much straight away.

​These T-Shirts have a direct to garment full colour print of the illustration from the sleeve of ‘This Is Your Life’ and are printed on black EarthPositive® high-quality 155g cotton T-Shirts, which is a unisex cut.

I used these for the previous tee (a few still available as well!) because they are environmental, social and ethical friendly, plus they feel and fit great.

I think this is a great shirt as you can see from my great modelling shots below. 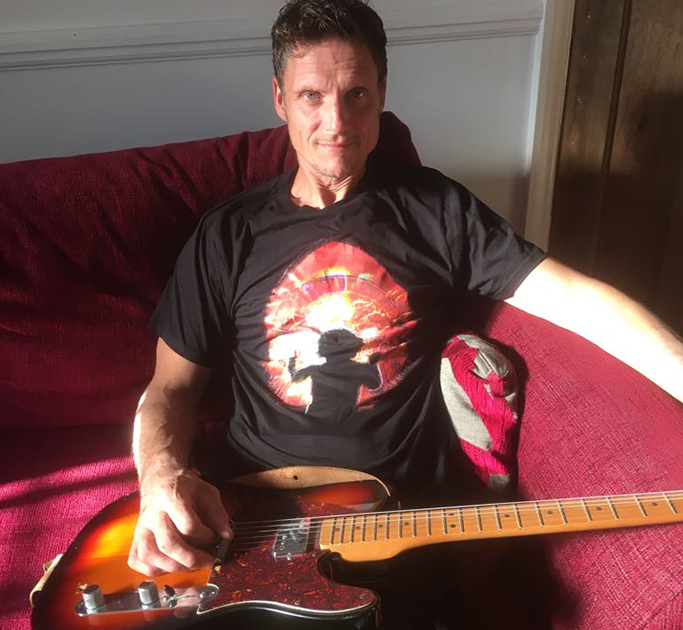 I might make another run if there is enough demand, but if you want to be certain of getting one, don’t hang about and order asap by clicking below.

​Thanks as usual for all your support and more on the new album very soon,  Mike.