I Give You Flowers 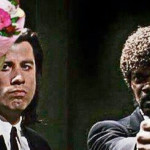 The response I’m getting on the free album download has been amazing, I couldn’t be happier. It’s definitely making it all worthwhile. (And this stuff very nearly didn’t see the light of day, EVER!)

So there’s only a few weeks now to go until the ‘Official’ release of ‘Teaser Trailer’ (Yes, I know you can get it here on the website!) so I thought it’s about time you heard more of the material.

The plan now is to get all the tracks up on YouTube and SoundCloud by the time they are available on Spotify and iTunes on April 8th.

Recently I put up one of the versions of ‘Rowboat’. This is the ‘Southend Version’ that I recorded in my studio – the one with the story about the kidnap and the police raid!!

You’ll know what I mean if you’re on the  mailing list – it’s a story I have kept back for that mailing list as I don’t really want to tell all on the blog about everything. (Sign Up here if you need to know!).

There’s an alternative version that was recorded at EMI Studios in London, which I’ll post in a few days. The two versions split opinion really – I have a favourite, but I’m not saying which!

The other track you should hear is ‘Flowers’.

This is an early version of ‘Flowers’ that was recorded at the Fallout Shelter – the old Island Records studio in Chiswick. Later, it was entirely re-recorded and appears on the ‘This Is My Life‘ album.

This version is a little looser and has different arrangement. In truth, I couldn’t really decide between them!

I’ve got a load of footage somewhere of the session when we recorded this and if I can ever find it, I’ll get it edited and posted to accompany this.

If you need a Soundcloud widget of any of the tracks you can go here.