Set The Controls To The Heart Of The Sun 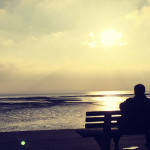 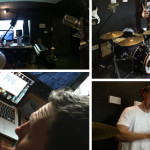 It’s been a busy year up at ACHQ!

And shortly my time at the place where I’ve recorded most of Adult Cinema’s material will come to an end later this year. We are in the process of looking to buy a new home (still in sunny Southend!) where I’ll build a new, improved and larger studio to finish the music I’m currently producing.

This past year here in Southend-on-Sea has definitely been a productive one. I think I now have the core tracks written for my as yet untitled next studio album. I’ve been itching to let you guys hear something, as this music feels like my strongest material ever.

Over the year I documented with several video sessions the progress of my “As Yet Untitled” album. Back last summer I had several sessions laying down the drums on some of the new tunes. I drafted my friend Steve in to assist in the recordings and document the event, I wish we had done more of this when I recorded the last tunes as I have very little to show from those days although I did find a video tape that I’m considering editing up soon…..

The two tunes that we managed to get the drums down that day for were ‘Sun Sun Sun’ and ‘Have You Ever Flown Across The Sky’ and I’m still very pleased with the results! The second track has a Hawkwind crossed with Floyd vibe, while ‘Sun Sun Sun’ has a few flavours mixed up in there. Steve says he can hear The Beatles and The Who, which is strange as that’s not what I intended!

Take a look at the two sneak a peek videos on YouTube of ‘work in progress’ on the track ‘Sun Sun Sun’. The first was from the tracks drum session, and the second video is a quick peek after I recorded some of the vocal parts.

And, contrary to popular belief, we do get great weather down here in Southend on Sea. The featured image used is an evening view in my beloved home town looking across the Thames estuary!

That’s it from me, Mike X