Remastered and Re-released. What exactly is going on with ‘This Is Your Life’ 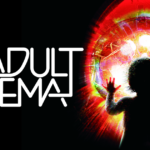 Towards the end of 2017, I finally managed to get into the mastering studio with the incredible Nick Watson at Fluid.

Just to keep it interesting for the people that follow me on Facebook, I did a couple of live stream videos on Facebook Live and you can see me going through the mastering process with Nick in the clips below.

Remastering This is Your Life Album – Posted by Adult Cinema on Friday, 20 October 2017

Why Remaster ‘This Is Your Life’?

I keep getting asked two questions about this album:

One is why have I bothered remastering ‘This Is Your Life’ in the first place?

And the other is something along the lines of ‘When is the remastered version going to be released?’.

I decided that I may as well try and make that clear to everybody in this blog post!

Firstly, I remastered ‘This Is Your Life’ because when I originally made the decision to release it in 2007 it was after a pretty long and drawn out experience of being courted by major record labels and recording a lot of demo sessions at their expense which ultimately came to nothing.

I was pretty frustrated by the entire experience (as you can imagine) and, for a while, I wasn’t sure what to do with all the material that had been recorded.

In the end, I decided that I had more than enough material for an album and that I would scrape together the money and release it myself.

That’s what happened, but because funds were extremely tight I did the mastering through an online service and, although I was happy with the result, I knew that a really talented mastering engineer could make the record sound better.

When I began trying to build a real career for myself a little more than a year ago (i.e. when I climbed back into the ring for one last shot!) I went back to those original sessions and made ‘Teaser Trailer’ from all the other tracks that had once been in contention for ‘This Is Your Life’’.

In case you don’t know, the tracks on ‘Teaser Trailer’ were recorded during the same period as those on ‘This is Your Life’. In some ways you could consider them to be a double album. They are all tracks that at one time or another were likely to be included on the track list for that original release of ‘This Is Your Life’. I guess that’s why they all fit together!

Anyway, since things have started to go better in terms of me finally being able to reach a fanbase since I put ‘Teaser Trailer’ on digital stores like Spotify and Apple Music and decided to make a CD of that album, it seemed to make sense to go back to ‘This Is Your Life’ and make the very best version of it that I could.

As you might recall (and thanks a lot!), I asked everyone following me to help me raise the money to do the new remastering by buying the first ever Adult Cinema t-shirt (which you can still get here) and that’s how I got the funds to pay for it.

A big thank you to everyone who helped out with that and is now the proud owner of the t-shirt.

When will the Remastered album be released?

Now that is done I keep getting asked when it will finally be available!

The plan is to release it on 2nd March (oops, dealy – now 25th May) on Spotify, Apple Music and bandcamp as a digital download and for streaming, but I also keep getting asked if there will be a CD or vinyl of the remastered version!

There is a problem……

I still have over 700 copies of the original CD of ‘This Is Your Life’ from when I released it before I had any kind of fanbase 10 years ago.

You guys are really making a dent in that now as it’s selling steadily. It’s even possible that an original CD of ‘This Is Your Life’ might one day become a collector’s item (hey, you never know!), but for now, even though I’ve remastered the album, it just does not make any sense to make a new CD until those original CDs have all sold out.

My apologies. (but the sooner you guys buy them all up, the sooner I can do a remastered CD – hint, hint!)

So the re-release of the remastered version of ‘This Is Your Life’ is actually going to be digital only.

Quite a lot of the people who join my mailing list have been asking me for vinyl, so I’ve decided to try an experiment.

In order to make a vinyl copy of an album I need to sell at least 75 copies to be able to afford the cutting and manufacturing costs. There’s an additional further mastering cost when the vinyl is cut and then there are other artwork costs and, of course, the cost of pressing.

I would dearly love to have ‘This Is Your Life’ available on vinyl for those that want to buy it in that format.

So I’m proposing to run a very simple Kickstarter campaign to see if I can get enough interest to make the prospect of getting that album on vinyl a reality.

In doing so it’s also clear that lots of people would love ‘Teaser Trailer’ on vinyl so what I’m actually going to try and do is run a campaign that will enable me to make vinyl of both albums!

As trying to make this happen turns it into a mini crowdfunding campaign, I will come up with some other specials to add to the package.

I’m thinking that the idea will be to offer signed CDs and vinyl and maybe a print of the sleeves. And I’ll definitely do an instant download of the remastered version as WAVs for everyone who backs the campaign. To be honest, I’m still thinking what would be best for any other bits to add.

I’ve only just made the first ever Adult Cinema t-shirt, but I know there was demand for a ‘This Is Your Life’ design as well so that’s on the cards.

What else do you think I should make?

I’d love to hear any of your other ideas about what we should include whether it’s posters, prints or something bonkers.

Leave a comment and I’ll take any suggestions on board.

I’m hoping to get this set up on Kickstarter for the end of January. As you can probably guess, I have a lot of album promotion jobs to get sorted for the re-release anyway so do bear with me.

The bottom line is that the remastered album will be available on digital stores in March and depending on how successful this additional mini crowdfunding campaign is the vinyl will be available as soon as it can be pressed (if I raise enough!)

I can’t wait and I’m going to be presumptuous and thank you ahead of time. Thanks!

What’s next for Adult Cinema?

So when the re-release of ‘This Is Your Life’ is done, I’ll get back to working on the first truly new album in 10 years.

You might have heard one of the tracks from that on the studio build video on Facebook, but if you haven’t I’m just going to stick that in below.

IT”S FINISHED!!!! It’s been a long road getting this done, but now it’s time to get the instruments out of the lockup…. Place looks great, the outside I’m very happy with especially with the new turf. A guided tour will be done once the kit is in… So this video is the entire build process over the past few months… And now you can hear my new track, “Sun, Sun, Sun” complete… (still not the final mix but a great vibe!) cheers, Mike X

I’ve pretty much written all the songs for that and I’ve recorded demos so there’s a chance that will get finished reasonably quickly.

As I’ve said before, I owe an enormous amount of gratitude to those people who’ve discovered my music in the last year. Without you I wouldn’t still be making music and I’ve been truly blown away by the support I’ve received.

And, even if you’ve never bought an album on vinyl or don’t have a record player, if you choose to back the Kickstarter campaign when I launch it, in truth you’ll be backing me to become one step closer to being a full time musician – and that is something I’ve dreamt of all my life.