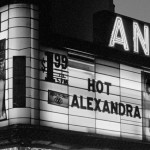 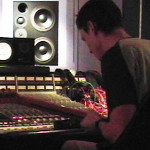 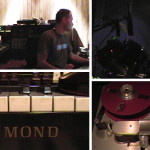 ‘This Is Your Life’ was a long time in the making.

When I finally got to release it and Universal picked it up to push it for TV and Film synchs, I’d actually written and recorded well over thirty tracks, and in some cases, multiple versions of each track.

Like I’ve said elsewhere, I’ve been writing and recording since before my teens so there’s been a huge amount of material that I’ve laid down, reworked, thrown out, gone back to, and…..repeat!

God knows how many songs or pieces of songs that totals over the years but when it came to recording that album, I settled on maybe 20 songs at first and then another 10 or so came along during the process.

And, the way I work, recording that many tracks takes a long time.

On top of that, around this time, I was getting a lot of attention from labels and so I kept getting offered studio sessions. These were for the A&R folks to have a look at what I’d do given some time and space and for them to try putting me with various producers, engineers and rooms.

It was both a brilliant and trying time.

I was making the record anyway.

The attention and possibility it suggested was exciting but I was focused on getting the record to sound how I wanted and was just thankful that the interest of these labels meant I got to work in some amazing places with some great people.

We recorded at Island’s legendary Fallout Shelter, where people such as Bob Marley, the Spencer Davis Group, Traffic, U2, Cat Stevens and Tom Waits had recorded. Then we moved to EMI’s in-house studios where the roster was just as iconic.

A visit to Rockfield in Wales at the behest of Atlantic Records saw me playing the very piano on which Freddie Mercury had tinkled out the opening notes of ‘Bohemian Rhapsody’ – moments to stick in the memory for all time.

In the end, no single A&R man (or woman) could quite make the jump and sign the album I was making, but they did all help me get it made. Thanks to all of you!

I’ve covered a bit more of what happened next in the biography but when I settled on the track list for that debut album, I had just under 20 tracks in various stages of completion that I chose not to include.

The reasons were mainly down to the balance of the record and, by and large, I favoured the material that I’d recorded at the high end studios over the stuff I’d recorded at least partly at my own studio or at my own expense in less well equipped settings.

Some were just not finished – and still aren’t.

But there were 15 or so that could easily have been included on that album and, indeed, I did seriously consider making it a double album with 22 tracks on it at the time – but I felt that was just too ‘Prog’!

So, when last year I decided to pull together everything that I’ve recorded as Adult Cinema that passes my own quality control standards and set up a re-release of ‘This Is Your Life’, I (and my new management ) realised that there was another whole album of tracks that we could and should release.

And, in fact, what has now been pulled together to be the ‘Teaser Trailer’ album is, essentially, what would’ve been ‘CD 2’ of that début album.

It’s a collection of songs written and recorded in that period that fit absolutely with the debut album in terms of style and sound.

Any of them could’ve been on that album. Many were, in various alternative versions that I went through before settling on its final track list.

There’s an alternative version of ‘Flowers’ – a track that has always pleased the fans who like a full driving rock workout, both completed versions of ‘Rowboat Song’ (the one that saw the police called – you’ll know what I’m on about if you’ve been on the mailing list!) and then there’s ‘Witches’, a total personal favourite that features my Dad’s trad-jazz trio – and which I’ve never quite managed to explain to him why it hadn’t been on ‘This Is Your Life’ in the first place!

We pondered whether we should re-release ‘This Is Your Life’ and give it the promotion and marketing push that it never had, but make it the double album it could’ve been.

And we decided against it.

We thought better to keep it as it was, albeit with a remaster. That’s in the works and we’re looking for that to come out next year.

Having made that decision, we were left with what to do with the other tracks that we all loved from those album sessions – and that’s what we’ve compiled together as ‘Teaser Trailer’.

If you want to pick up the whole album at high quality or now on CD, you can get it by going here: ‘Teaser Trailer’ Album.

It will be on iTunes and Spotify (and all digital download stores) on April 8th 2016, but is solely available on CD from this site.

It is the perfect introduction to what Adult Cinema is and I’d love to know what you think and thank anyone who takes the plunge and checks the whole album out.