The Return of Adult Cinema 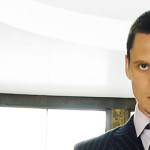 It’s been a hell of a long time coming but, finally, Adult Cinema is releasing the first of a string of releases this April.

If you’ve never heard of me or Adult Cinema then that title – ‘The return of Adult Cinema’ – might sound a tad grandiose.

But, if you stick around you’ll see that this band has existed for a while yet has only recently grown a significant audience.

I’m going to write about some of the history to date and the reasons why I’m releasing old and new material in the next few posts on this site but here’s a very brief bit of background.

When I wrote and recorded the Adult Cinema début album, ‘This Is Your Life’, there was a lot of interest from major record companies both in the UK and the US, and for a while I thought that I was going to get a record deal that would have given that album the support and major label muscle that I obviously couldn’t.

It was not to be.

I did, however, complete a deal with Universal that was focused on getting tracks from the album used on TV and in movies – what’s called a ‘synchronisation’ deal.

And, it was this that, in the end, gave me cause to keep writing and recording new material.

A steady flow of people managed to track down the only things I had online – an early animated video for ‘Time Machine’ and the Amazon listing for the CD of ‘This Is Your Life’.

I got a lot of awesome messages through Amazon about how much people loved the tracks that they’d heard on trailers and as background music on TV shows as far afield as America, Brazil, Chile, Portugal, France and New Zealand – to name a few. All over the place, to be honest.

Lots of people were determined enough to find the album on Amazon and contact me to say they were surprised that they didn’t know more about Adult Cinema and the music I make under that name.

They also often pointed out what an appalling job of marketing and promoting myself I had done!

And, how difficult it had been to find the song they’d heard on TV and to then track down the record!

But, it was these messages of support and the constant trickle of people interested in my music that led me to sit down with a new management team and put together a plan.

That plan is to make Adult Cinema music available digitally for the first time and to create a proper online presence for everything musical that I do.

So, the first phase is the website and all the social media profiles listed below – please follow me on the places that you frequent.

Secondly we’ve trawled my archives and created a free package of music that you can get here.

And thirdly, and most importantly, we have a plan that will see archive material released in April in the form of an album entitled ‘Teaser Trailer’, then a re-release of a remastered ‘This Is Your Life’ and then a release of a second studio album.

In short, thanks to the dogged determination of a few fans, Adult Cinema will finally have a proper home on the internet and a sustainable set-up to record and release more music.

And that is thanks to you and your support.