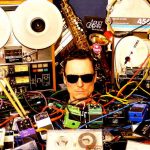 Sooooo, this has taken way too long.

Long story and some bits of info coming up.

Here’s a link to my new shop with some new products in it.

GO TO THE NEW SHOP

Why a New Shop?

There’s a new album coming and I’ve been working on it for a pretty long time.

I’ve mentioned it a few times and I know there’s at least a few people waiting for it.

I have to say, in my humble opinion, I think it’s been worth the wait and I am immensely happy with it.

I can’t wait for you to hear it and I hope you feel the same as I do when that happens.

The reasons for the delay in getting this new album finished and released had several contributing factors.

One was that I moved house and had to build a new studio. Having done that, I also had to do some work on the new house to make it liveable, and that always takes longer than you think.

That meant that the album process took months and perhaps even years more than I hoped, but, the truth is, the recording and mixing was completed on the new album at the start of this year.

So, why the extra delay?

That’s because I knew that I needed a more robust shop. Well, I say I knew, but I have two mates who run all the website and shop for me and they told me that I needed a better system - one with an actual cart, more intuitive to use and all sorts of other stuff that I wasn’t really taking in.

And, this was needed (so they say) so that when I released the new album and future albums I could do a solid job of letting people buy from me direct and maybe get a lot closer to my one goal - to be a full-time musician.

So, they’ve finally managed to build this mythical new shop and it’s ready for business.

CHECK OUT THE NEW SHOP

And I hope it does get me closer to that goal.

The thing is, if I can work on my music full time, then I can create a lot more. Well, certainly more than three albums in 13 years!

With the incredible support I’ve had since I set myself up properly as an indie musician more than four years ago I feel that I’m getting pretty close to that. The people who like what I do aren’t massive in number but they (you!) are incredibly supportive, sending messages of support and buying my music.

That fills me with hope that when the new album comes out I will be one step nearer making my living from music alone.

And the shop and asking people to buy from me is (as my helpful mates keep telling me) a critical step towards that goal.

What’s in the Shop?

There’s a full colour T-Shirt of the ‘Teaser Trailer’ sleeve art, art prints of both sleeves, badges and a baseball cap.

Of course, there’s all the music on CD and vinyl as you’d expect.

I’ve got a few more things in the works but would love to hear if there’s any merch items you’d like to see me do. Let me know!

And what of this new record?

Well, I’ll leave all the details until the proper announcement of that, but I wanted to let you know there is now a definite date so that you don’t blow all your hard-earned in the new shop and then haven’t got any cash when the new album appears!

All I’ll say for now is that a pre-order will be launched on 21st August and the physical release will be shipped for those pre-orders on 25th September. (Test pressings are inbound and the artwork is done).

I’m going to hold the streaming launch of the album back until October or November as I’d like as many people as possible to buy the album on CD or vinyl. Partly because it helps me reach that goal I mentioned but also because it’s how I relate to music.

Streaming is great - and I’m about to try and push that more as well - but holding an album in your hands is the right way to do it, isnt it?

Between the launch of the pre-order and the date the album goes on the streaming sites I’ll be releasing three of the tracks in single versions so there will be something to hear if you don’t buy the physical album.

I’m going to even give a bit of PR and radio promotion a go. If anyone can put me in touch with anyone who might write about or play the new record then, again, please let me know.

So that’s the update.

Apart from one thing - you might remember that I went to Belgium a while ago and recorded some stuff. Some of that is on the new album and some is for some live videos for which I have a plan. I can’t believe that these haven’t been finished and released yet either, but that is now just around the corner as well.

So, until the 21st, go and fill your boots here.