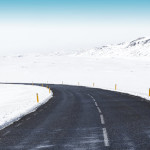 ‘Teaser Trailer’ was officially released on Spotify, iTunes and Apple Music (and all online music stores) this morning.

It’s been a hell of a long time coming, but it’s just the start of a journey that I’ve spent my whole life building up to.

I wrote about how I came to be a musician in this post and about why I’ve decided to finally go back to music making full time and release my music online in this one.

Thankfully, the support over the last few months from a small but growing group of people who are discovering my music online is very encouraging and is making that decision look worthwhile.

But, today is a very big day, since it’s the first time I have ever had an official release available in the online music stores and streaming sites.

And, it’s the start of me releasing three albums in succession to see if I can build a sustainable career and audience.

I wrote about how ‘Teaser Trailer’ came about the other day. It’s all the music I had made while recording my debut album but that we didn’t have the room to squeeze on. So, as I said in that article, it’s the perfect introduction to the music I make.

I’d be extremely grateful if you’d take the time to go and check it out on whichever site you use for digital music.

If you use Spotify, I’d also really appreciate it if you’d follow me there. I’m waiting to get my profile ‘validated’ and then I’ll be making my own playlists of things like the music that influences me, old favourites and that kind of thing!

Thing is, I have to have 250 followers to get validated, so every person counts.

Here’s a nice big ‘Follow me on Spotify’ button to make that easy!:

That said, if you’re a Spotify user, then adding me to playlists that you’ve made would be another enormous help too.

Over on iTunes, you can get the album for download (although you can still get it direct from me here) and if you’ve got it already, I’m not averse to you giving it an honest review on the iTunes Store – if that’s your thing.

It’s on that new fangled Apple Music too, of course, as well as pretty much every service we could get it too. I’m waiting to hear whether Pandora will add it in the US – fingers crossed!

And, just for good measure, you can start listening from Spotify right here:

The official ‘impact date’ for this album is 21st May. That is, apparently, music industry speak. All it means is that I’m promoting the album to press and radio for that period. It’s also called ‘On Air & On Sale’ – it’s out, you can buy it, but I’m running around in the background asking people to review it and play it!

Once we’ve conquered the rock ecosphere with this release it’s all hands on deck for the re-release of ‘This Is Your Life’ next year.

Like I said, it’s the start of a new journey for me and my music.

I can’t thank you enough for coming along for the ride and giving me your support.

If you need a Soundcloud widget of any of the tracks you can go here.